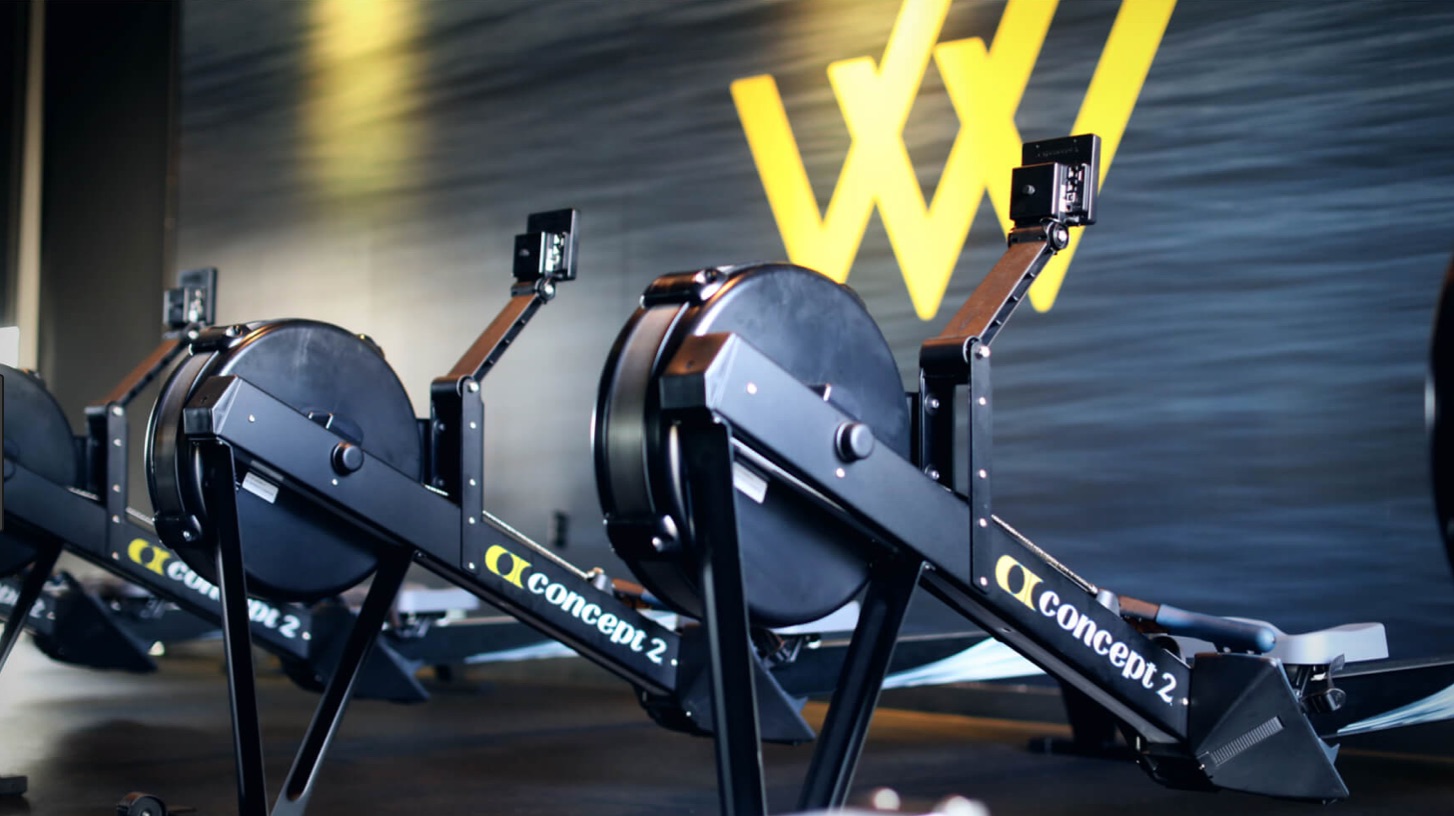 The Lowdown: Rowing intervals with strength training on and off the urg. Works your legs, core, glutes, back, shoulders and arms. Great leg & core workout.

Studio Vibes: Very much an in and out type of place. There are two tiny stalls to change in (coed and open floor locker room) and two bathrooms that also have showers in them. Water is available for purchase and towels are provided free.

There’s nothing like adding some endorphins to a rainy, gloomy day with an intense, total body workout class. I was invited to try out the 45 minute body class at Row House, in collaboration with the new Flex It app. Think of it as ClassPass’ little brother, who focuses on gyms but built its business model around paying by the minute. In theory, the app is fantastic for people who travel or just don’t go to the gym very often. To enter my Row House class, I had to download the Flex It app (which is free) check-in on the app and scan a QR code at the front desk. Didn’t have to show my ID or get a tour or anything like that, which many gyms will make a guest do for liability reasons. It was as simple as that. But that’s pretty much ClassPass, and the workout was for a workout class (which aren’t included on the FlexIt app) so there was a little bit of a disconnect. But more on the app later.

There can be something about an urg that’s intimidating, but also calming. To row, you basically sit on a machine in the shape of a large T. There’s no where to go but to pull and push away the current, made omnipresent by the struggle between resistance and strength however by the end of a session you’ll find you’ve actually managed to row a couple thousand kilometers at the side of grunting, sweating, hard working rowers surrounding you.

When I go to the gym, I often find myself at the urg. Once you get into the groove there’s no better feeling than the push and pull of the machine. And often, there’s no better feeling than the total body soreness you get from your legs to your shoulders. Or so I thought I was getting. It has truly been a while since I experienced a class that made me work different parts of my body, so intensely that I felt an immediate need for protein after and maybe a little nausea and maybe a gallon of Gatorade (and I rarely drink the stuff).

In just 45 minutes, the coach managed to motivate us to work our shoulders, arms, core, glutes and legs to the point of blissful soreness. Through intervals of regular rowing, high intensity rowing and off-urg strength training, the class could almost qualify as a total body HIIT cardio, core and strength class.

Truly the best class I’ve taken in a while. And I can’t wait to go back.

Now back to the Flex It app. I can see how easy it is to just walk out after the gym forgetting to check out and incurring a tremendous amount of excess cost. To check out of the gym and the app (and virtually stop paying an average of 30 cents per minute while checked into the app) you have to manually click that your session is over on the app and then scan the QR code at the front desk again. If you’re halfway across the city by the time you realized you forgot to scan, you’re not going to feel too inclined to workout again for the cost of a Broadway show. This didn’t happen to me, but the friend who I brought to the class went to check out quickly as she was trying to make a train and the app malfunctioned, and it took a few extra minutes for her to be able to check out. We were both attending the class for free, but for other customers, a couple minutes equates to a couple dollars.

I think the app in essence is a great idea and especially great for people who can’t have a membership at one gym because they travel for work too much – been there done that. But until it expands and the glitches get sorted, it might be best to wait it out for now. With the amount that I go to the gym (5+ days a week), it’s more economical for me to pay for a membership.

Just getting cell service back after the most beau

Found myself a fiancé who loves books as much as