It was not until my trip to Barcelona that I realized the incredible beauty and influence that Antoni Gaudi brought to the city. It is because of him that Barcelona is more than just a lovely Spanish beach town, his contributions to the city – La Sagrada Familia, Gaudi House and Parque Guell – give Barca a different and contemporary character that I had not seen anywhere else in Europe. The city’s essence glows with Gaudi’s personality, from the color choices of the apartments to the quirky trees and shops. To see how much influence one man’s vision brought to this city is impressive and reminds us how one person really can make a difference in the world.

Everyone was ready for an early start on our last day in Barcelona. We walked back to Brunch and Cake with a friend we had made at the hostel. The line this time was much longer but the greeter told us our wait would only be forty five minutes max. It was not long before I started to realize that she was seating people who had come after us and kept tacking on minutes to our wait time. I spoke with her twice about this before understanding that she was seating the locals first – I told her that I wanted my pineapple acai bowl, but not if she was going to discriminate against American tourists. It goes without saying that we were seated in the next five minutes. Out of the nine countries that I visited these past 6 months, this was the rudest instance of tourist discrimination that I encountered.

Although the service left much to be desired, the Pineapple Acai Smoothie Bowl was to die for. 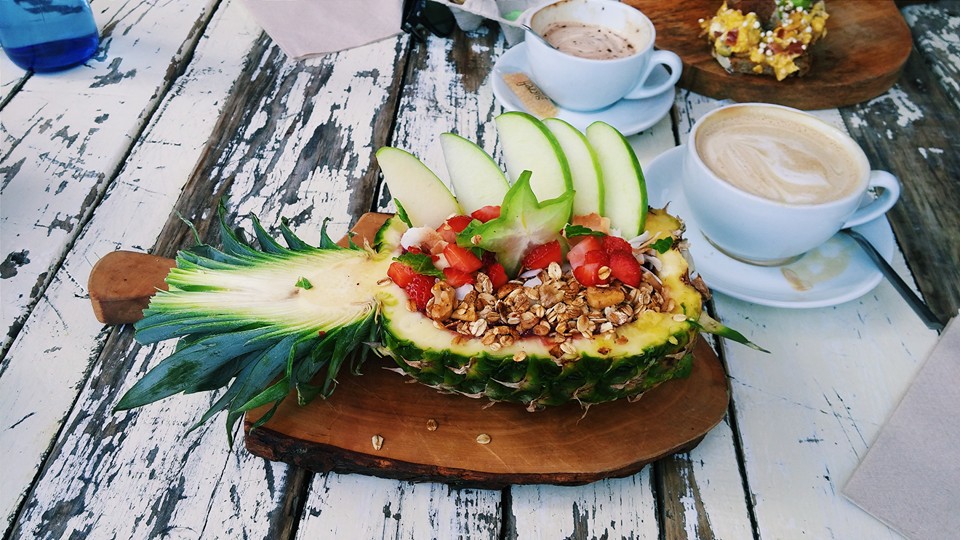 Bellies full and much less grumpy, my group walked to the Metro Station and passed the Gaudi House along the way. If it wasn’t for the herd of tourists snapping photos in from of it, there was a good chance that we would have missed it by not looking up. It was in a busy area of the city and was set up like a regular apartment. Of course, when you actually looked, it had so much detail and typical eccentric Gaudi personality in the shapes of the windows and balcony and the colors of the designs painted all over the structure. It was an art and architectural masterpiece.

Getting into the Metro was a bit more exciting than usual. In every other country you either tap or swipe your Metro or Oyster card on the right hand side and enter on the left. Out of habit, this is what I did getting on the Metro in Barcelona, only to realize that it was the opposite. I had inserted my ticket on the right side and the turnstile to my right had opened. I darted over and got my right leg over just in time, unfortunately meaning that only my right leg had gotten through and my left leg was still on the other side of the barrier. I managed to get out of the trap, but had a horrible and painful black and blue bruise on the inside of my leg for the next few weeks as a souvenir!

As a lover of nature, mosaics and architecture, Parque Guell was a dream come true to visit. We first went into the woods area of the park and did the short hike up to the top of the hill, which brought us to a panoramic view of the city. The main area of the park full of incredible architectural art and mosaics was absolutely stunning and looked like something out of a futuristic society. The main building was eccentrically shaped incorporating curves and colors where you would least expect them. It was also incredibly grand and majestic – looking like a main palatial building straight out of the Hunger Games movies.

The mosaics were by far my favorite part of the park and incorporated so many tiny details that they were intricately beautiful and unique. The main bench of mosaics overlooked the beautiful city of Barcelona and the rest of the gingerbread looking Gaudi buildings in other parts of the park. It looked like an adorable candy land and really celebrates the culture and personality of the city.

My night ended with a typically delicious outing for our last paella and sangria in Spain, tapas and then later out to a Karaoke pub – something my friends and I fallen in love with since the beginning of college. My friend and I managed to get on the list to sing and closed down the pub with a “beautiful” rendition of Bon Jovi’s “Living on a Prayer.” Shout out to NJ! We didn’t get back to the hostel until around 2am and we had to leave by 5am for our red eye flight back to London. After a quick nap we were on our way… Hasta luego Barcelona! 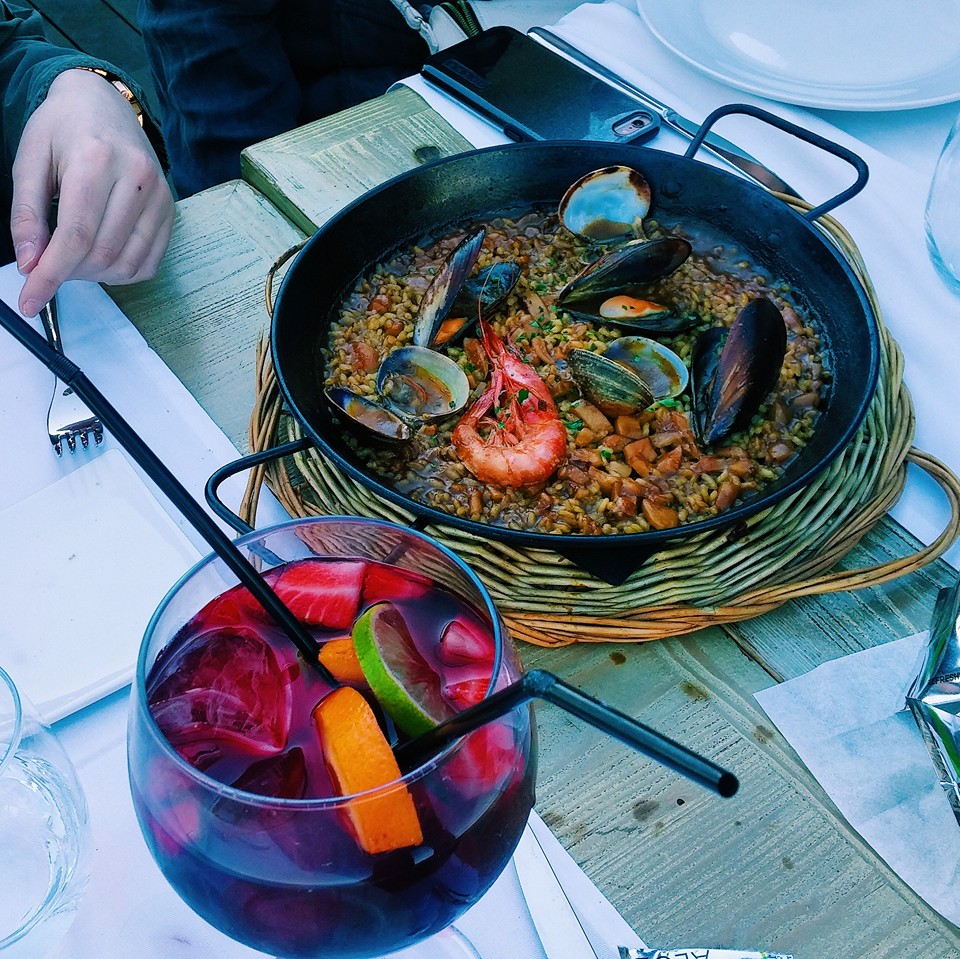 P.S. Don’t forget to enter “The Positivity Kit” Giveaway below! The winner will get a free “Positivity Kit” – part coloring book and part diary geared towards stress relief and positive thinking! – delivered to their doorstep. Be sure to enter before this upcoming Friday, June 17th! Good luck!! 🙂