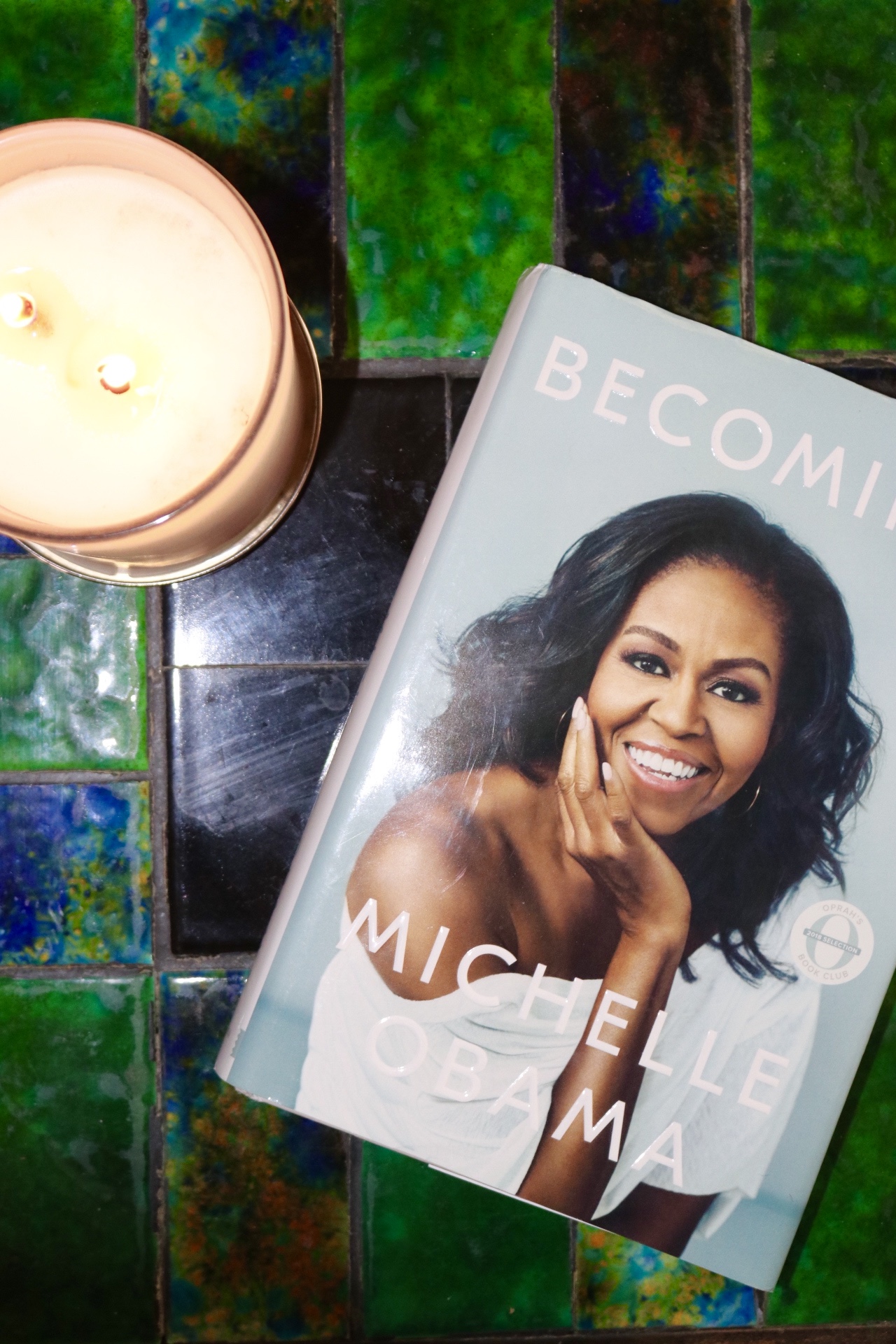 There was never a doubt that former FLOTUS Michelle Obama’s book would skyrocket to the best seller list, be the natural choice for book clubs across the country and serve as the perfect Christmas gift. On my morning and evening commutes I’ve seen fellow commuters lost in her words and incredible story. On Instagram I’ve seen co-workers share paragraphs that resonated with them. At the office I hear chatter and people asking if it’s really worth the read.

Regardless of your political opinions and affiliations, my recommendation is to give this book a few hours of your life. The wisdom and reflection shared on the 400 or so pages is inspirational and worth it. While sharing her story, she was able to reflect on what worked and what didn’t during different segments of her life. She shared how school became not only an in-the-moment escape for her, but also her way to propel herself beyond her childhood surroundings and financial limitations to become someone greater than society wanted her to believe was possible. She shares her parent’s parenting techniques and how they evolved as grandparents. She shares what she believes is important to teach her children and expose them to before and during their time spent as the First Family.

Some of what she details I’d already had a sense of from what I’d seen in the news – the causes she championed as First Lady, her educational background. The rest was entirely new to me. The fact that she was never and will never be interested in politics? News to me. The story of her daughter’s health scare? News to me. Through personal and vibrant anecdotes she is able to put you in her shoes for a few moments to show you what it was really like for her at each stage of her life.

It seems that throughout her time campaigning for her husband’s platform and even her time in the White House, one of her main goals was to make the experience more relatable and to show the world that yes, though she was the First Lady, she was still a person who came from the same background and had the same worries as the majority of the country. This shines through in the book. One of the most relatable, tear jerking passages in the story was when she shares a few sentences on grief and living after a loved one’s death. In a few short sentences she captures these emotions and is able to portray her love for her father. I know she worked with at least two writers on this memoir, but whoever wrote that paragraph gets my utmost kudos.

Though the book sits heavy at 400+ pages, there is much that Michelle did not include. Much of her life for the past eight years is likely heavily edited and blacked out. In addition, she explains the vertigo of her White House lifestyle. How the incessant events, functions and responsibilities left her little time to reflect on her life and what was actually happening. When one is that busy, time can truly fly by in a blurry minute.

Two raw descriptions in the book that stuck with me are her portrayals of fame and confidence. Not only did she have to go through the trials of fame that many celebrities do, but she had to do so with a heavy security detail, making it impossible for her to live an even remotely normal life for eight years. Inhibiting her ability to take her children to school or watch their tennis matches. She describes the exalting feeling of a time she was able to make a quick incognito shopping trip at Target with her Secret Service detail dressed incognito as well – describing the success of going unrecognized and picking out her own products in a store again as a tremendous win and something that kept her going for months. Isn’t it incredible what a tad of normalcy can do.

And if you read this book for no other reason, do it to listen to the pep talks she gave herself throughout the years. “You are enough.” The three words that every woman needs to tell themselves daily – usually multiple times a day. The three words that women should instill in their children and in the other women that they mentor. When faced with any obstacle – which could include just walking to school in a less-than safe neighborhood as a young African American girl – this would be the phrase she would repeat over and over again. This was the phrase she would share with girls and women across the country and across the globe. This alone, is reason enough to read this book, and to grasp just how great the power of self-confidence and belief can contribute to your life’s success.