Book Review – The Girl From Berlin by Ronald H. Balson 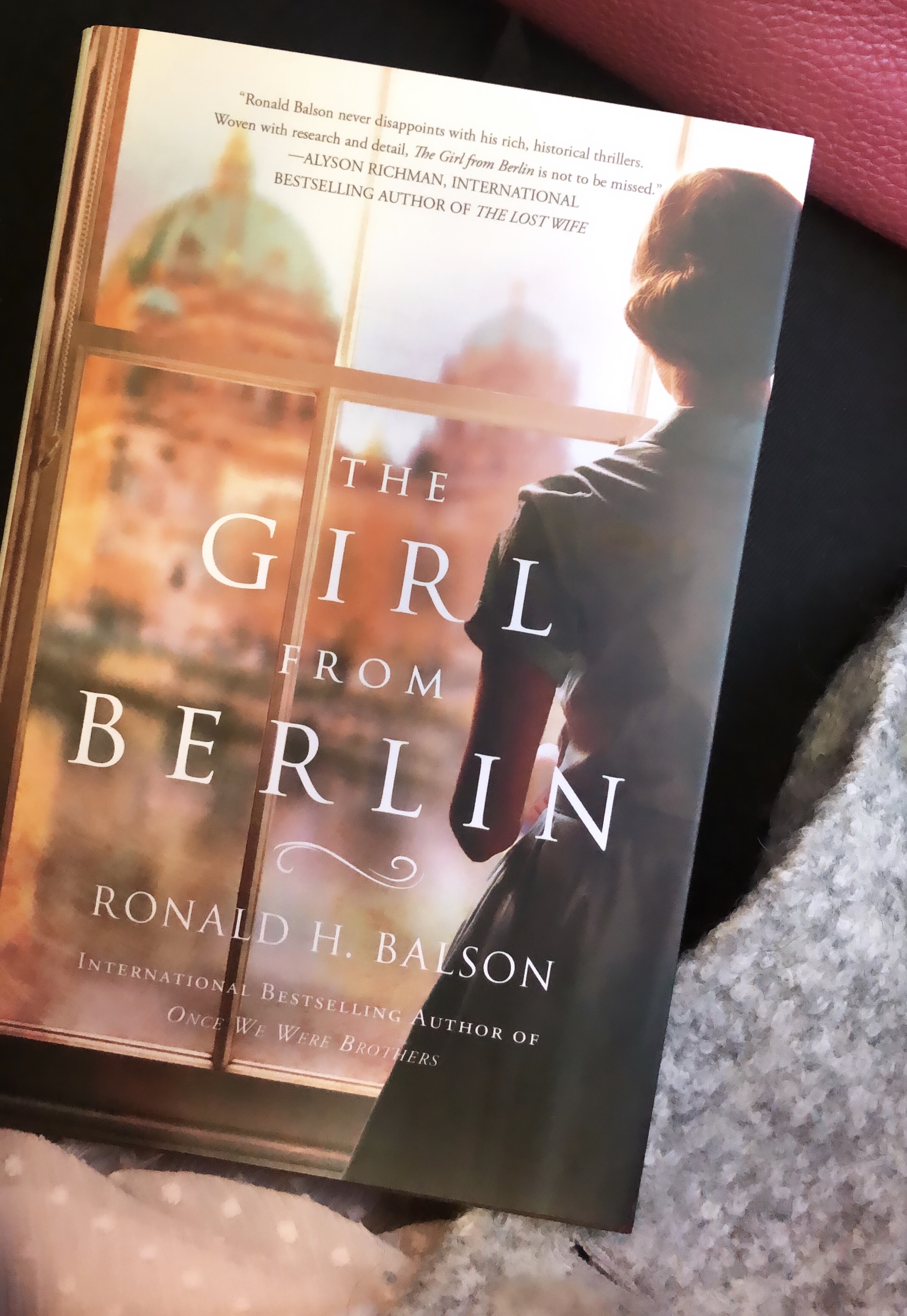 It’s a little bit tricky – maneuvering crying on your commute into the city because you’ve reached the point where the book you’re reading has had one too many parallels to contemporary times and none of the characters deserve the violent endings they inevitably receive. Of course, when you embark on reading historical fiction about WWII and the Holocaust, happy endings are not to be expected. Yet in this story, Ronald Balson is able to weave in a few necessary plot development surprises.

The book begins with an Alfa Romeo driving through the gorgeous hills of Tuscany – my mother’s dream – in modern times. This is before we get into the book within the book that takes us back into the confusion and total hell of the Holocaust. I haven’t read any of Balson’s first four books (yet!) but I understand that he writes a series that features lawyer Catherine Lockhart and her husband, Liam. Similar to the way Fredrick Backman writes his stories, they are not sequels and prequels to one another, but instead just hold the same two crime solving characters like Agatha Christie’s Hercule Poirot, who are apt to pop up in any story to take charge of an unfortunate situation.

In this book, I was thrilled to see that three of the main characters were female. That Balson, a practicing lawyer himself, wrote from the perspective of two female lawyers, who had men as their sidekicks. It was a nice surprise to have a book written by a man where powerful women were at the forefront and their husbands were able to pleasantly support them in their professional endeavors. It is these characters and the characters of the story from the past that make the book truly spectacular. The character development is phenomenal and the way Balson is able to portray the lasting affects of trauma was so creative. The premise of the story is that an eighty-something year old woman in Pienza is about to be evicted from her villa and vineyard due to confusing property title records, after charges were pressed by a major wine manufacturer. The woman, Gabrielle, is unable to speak about her past due to traumatic events and instead shares copies of an unpublished manuscript with her new lawyer, Catherine Lockhart. By reading through the manuscript and following the clues it leads her to, Lockhart and her husband are able to realize discrepancies in the property records surrounding the villa and nearby properties. It’s perhaps the most frightening aspect of all, when you realize that the Holocaust was a reality not too long ago.

This book is a must-read, for the clever story crafting and interesting characters and the mysteries they carry with them. But not only for these purposes. In today’s political climate there are many seriously stomach-flipping parallels occurring with what took place in Germany in the early 1900’s. I was on the NJ transit entering the tunnel heading into New York Penn Station when I read on page 66 that Hitler had promised to “Make Germany Great Again.” My stomach entirely turned on itself and I started to feel bile coming up through my throat. These are not coincidences. Just like it’s not a coincidence that earlier last month Trump announced that he was trying to modify citizenship rights so that not everyone born in the United States should be considered a citizen anymore. Perhaps the one difference between the present United States and Germany in the 1930’s and 40’s is that the US has a democracy and constitution. And though the democracy part seems to be easily manipulated by foreign powers and complying social media networks, it does still give me the smallest piece of mind that the Democrats just took back the majority in the House.

Politics aside, do yourself a favor and read this captivating book. Who knows, you might learn a little something too.